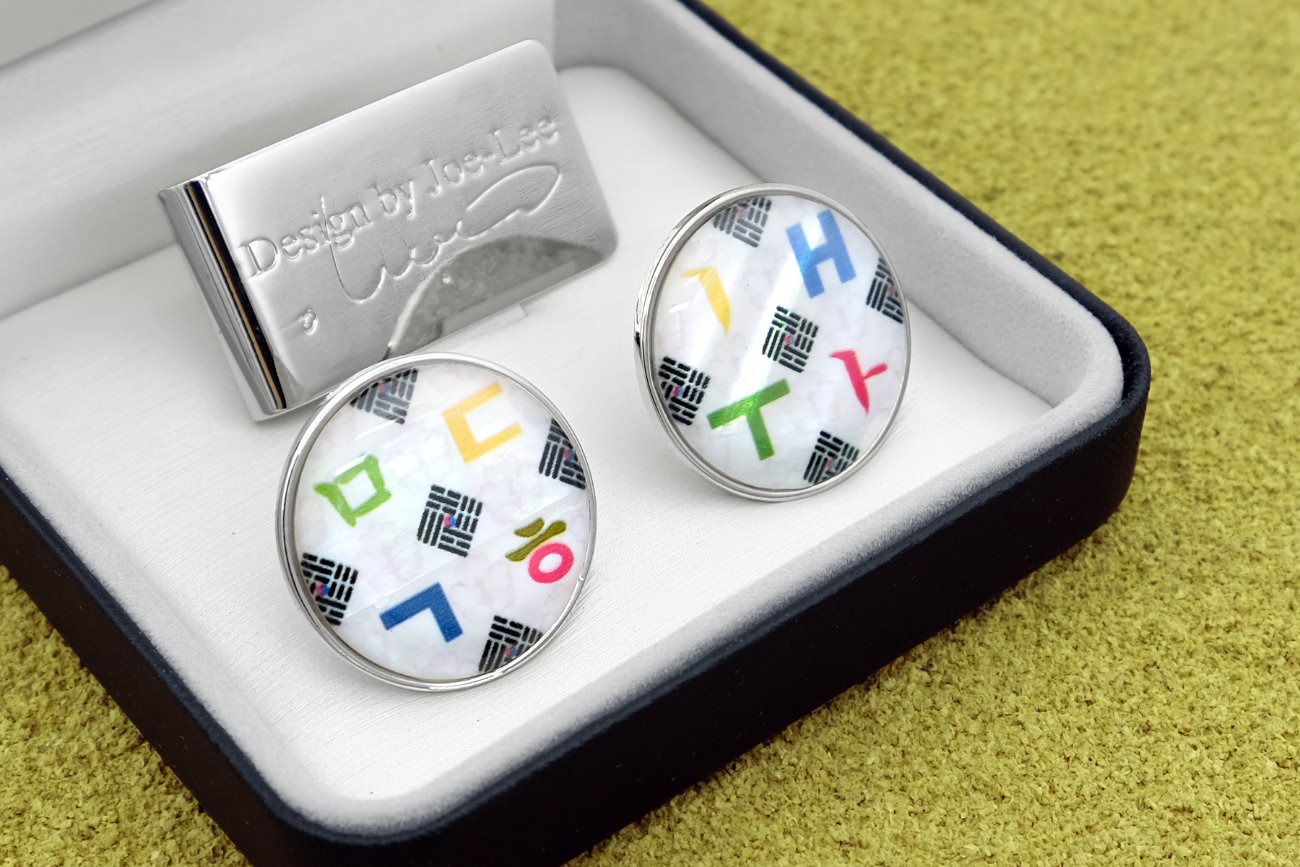 This unique 2 magnetic ball marker hat clip set, which can be used for a money clip too, is ornamented with mother of pearl design of Korean alphabet, four trigrams and Rose of Sharon. The arrangement of intricate design's iridescence and color of mother of pearl creates wonderful harmony with the white background, making it a remarkably attractive piece.

This money clip and golf ball marker comes with a nice gift box.